Ask Americans of a certain age where they were on 9/11 and they can tell you.  I was in a 7th grade team meeting.  Before internet and televisions in all classrooms.  Most of us didn’t even have radios.  Sounds like the Dark Ages to the young’uns.  The kids I teach this year, in 6th, 7th and 8th grades, weren’t born yet.  They’ve only known long security lines to get through gates at concerts, football games, and museums.  Taking off your shoes at the airport.  Three 3-ounce bottles of liquids.

Many will say that we have no modern day heroes.  Gloom and doom.  The world is ending soon.  Going to hell in a handbasket.  (Not sure what that is, but I’ve heard that saying all my life.)  I don’t believe it.  Americans are “accused” of being eternal optimists.  Not enough history under our belts to be jaded.  Only 240 years of it as a country as opposed to 2,000.  I am not buying it.  I am a card-carrying, well-documented optimist.  Everyone who knows me knows that.  And I believe that we have heroes in our midst.  We don’t even know them when we pass them on the street because they do not make the news.  Until a disaster strikes.  They go about their daily lives and business, doing the best they can to make a living for themselves and their families.  They step up when needed.  A little girl taking a plate of lunch to a homeless man  outside the restaurant where she is eating with her dad.  The folks who fill backpacks to the brim with brand new school supplies for kids who wouldn’t have them otherwise.  Mama Mildred, who herself doesn’t have a whole lot, volunteering for Meals on Wheels once a week.  One of my students giving his Nutella crêpe to a homeless woman sitting on the steps of a church.

Each year, I go to Washington, DC in February with 7th graders.  It is our annual class trip and a much anticipated one.  How lucky am I?  What a city.  It is filled with reminders of what our country has been through and the heroes who have helped shape it.  In no particular order, I will take you through some of my favorites. 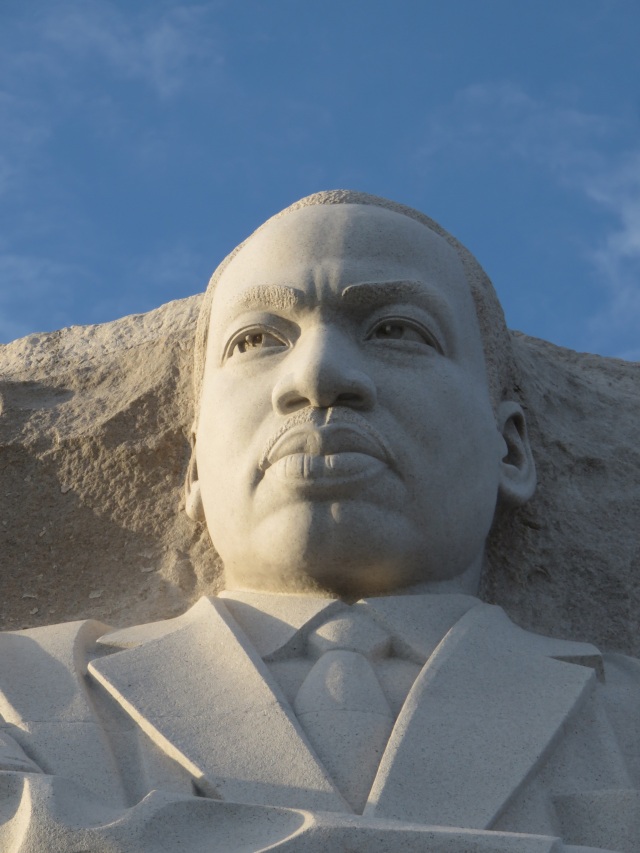 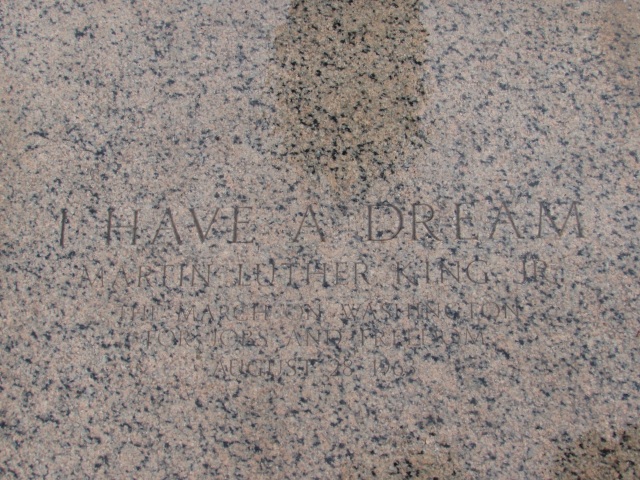 George Washington- 1st President of the United States, the Father of our Country 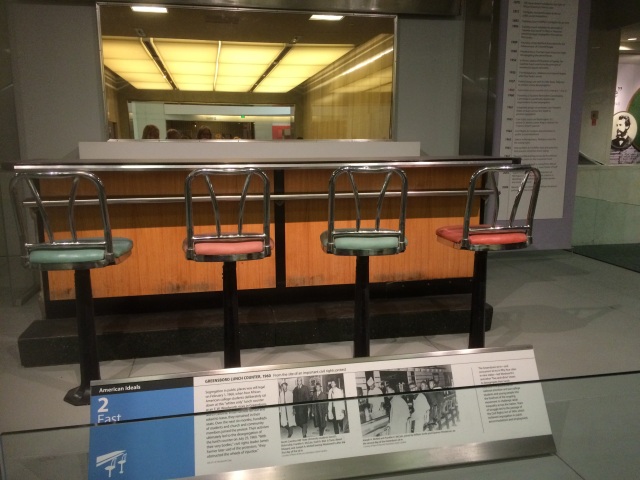 A few years ago, I had the great honor of shaking Dr. McCain’s hand and thanking him.

Congressman John Lewis- One of Dr. King’s helpers on the road to Civil Rights; he is still fighting the fight; we bumped into him in DC and I dashed across the street with my kids to talk to him.  He took the time to talk to us.

All those who fought in WWII; there aren’t many left of those who came home

Vietnam.  My uncle Charles at age 18. 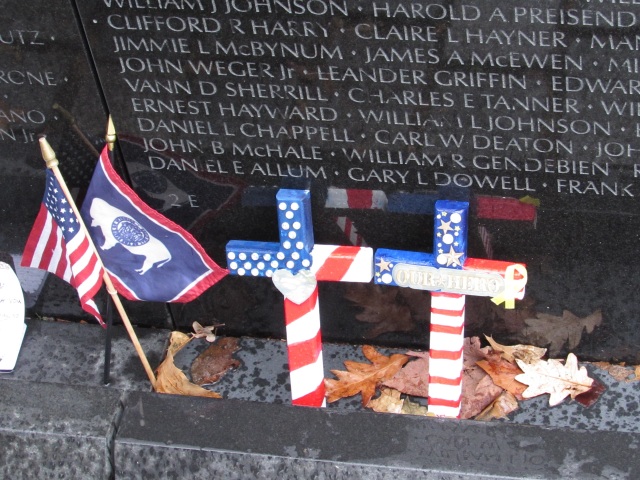 Franklin Delano Roosevelt- our 32nd President and a wise man 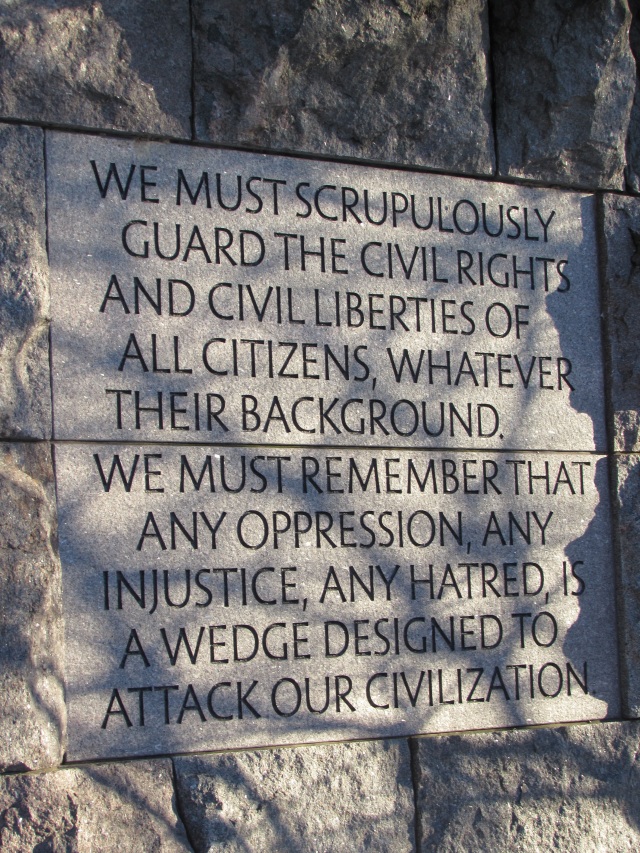 We are still fighting the fight.

The political cartoon at the beginning of the blog was drawn by Doug Marlette. 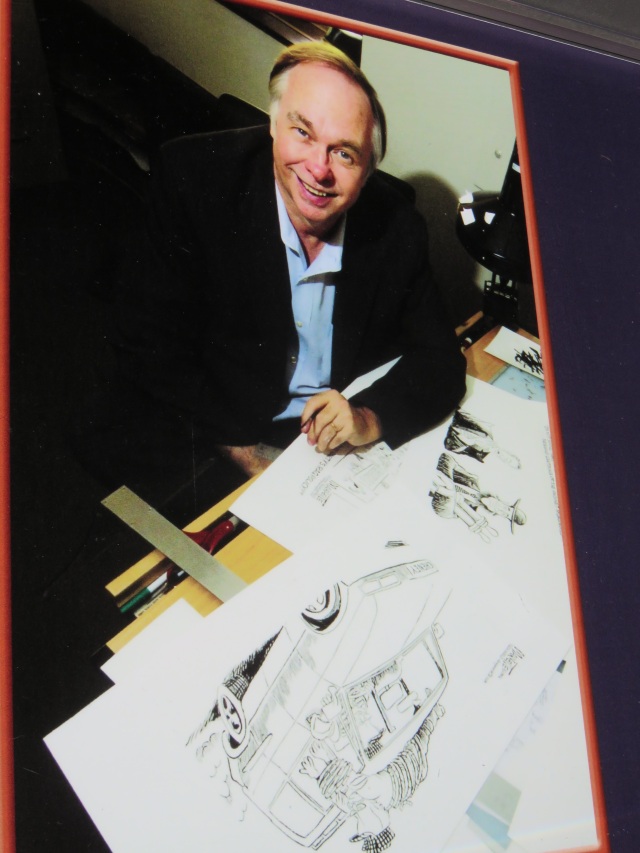 Heroes are men and women who are brave enough to draw and write what they feel.  Doug received death threats for some of his drawings after 9/11.

I knew Doug.  A quiet unassuming man.  What a talent.  There is a permanent exhibit devoted to him at the Newseum in Washington, DC.  This museum is not to be missed if your travels take you to our Nation’s capital.  It is our first stop every year.

There was an exhibit after the Charlie Hebdo massacre in Paris.

There is an exhibit dedicated to 9/11.  Many photos and videos.  Newspapers from around the country and world.

I live in an amazing country, filled with heroes, past and present.  We must keep believing in good, even in times of darkness.

In the spirit of our wild west, I decided to make Cowboy Skillet Cake for the Ex-Ex’s breakfast this bright Sunday morning.  I had some peaches and had planned to use my mother-in-law’s recipe for peach pie with homemade crust, but… I got lazy and I thought of the tea towel I bought on our trip to Fort Robinson, Nebraska a couple of summers ago. 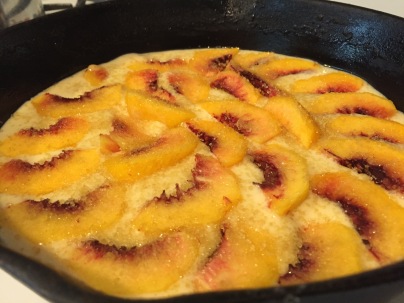 I used peaches.  I’ve used cherries, apples, and pineapple in the past.  Or you can just follow the recipe, without fruit.  I put the peeled sliced peaches on top of the batter. Instead of lemon extract, I used almond flavoring.  And I sprinkled turbinado sugar on top of the cake before baking, without the lemon zest.

Combine in a bowl and stir a little to mix:

In a separate bowl, whisk and set aside:

Melt 8 tablespoons of butter in a 10-inch iron skillet .  When butter has cooled, add to egg mixture and stir.  Add dry ingredients and mix well.

Stir into the cake batter:

Pour into the cast iron skillet.

In a small bowl, combine and sprinkle on top of cake:

the zest of one small lemon

a dash of cinnamon

Bake 25-30 minutes. (With the added fruit, mine needed to bake about 40 minutes.  Bake until a toothpick comes out clean!)

Bon appétit and thank you to all the everyday heroes out there who do what they can to make life better for others.  May we all be so brave, today as we remember 9/11, and every day we are lucky enough to be alive.