When I wore a black dress with white polka dots last fall, one of the young (and dare I say handsome) teachers at school said he was “crushing on my dress.”  Ever since then I have wanted to use that expression.  So, here goes.

What am I crushing on right now?

#1  My great nephew Caleb’s photos– he showed me a few of them when I visited at Christmas and I asked him to send some to me.  He has quite an eye for beauty, n’est-ce pas?   Here are some of my favorites: 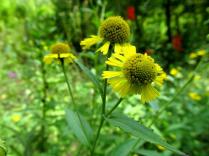 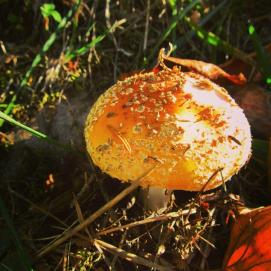 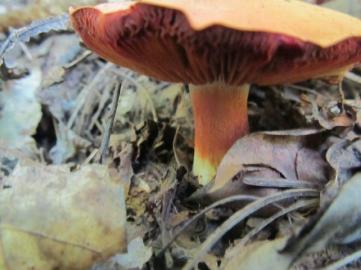 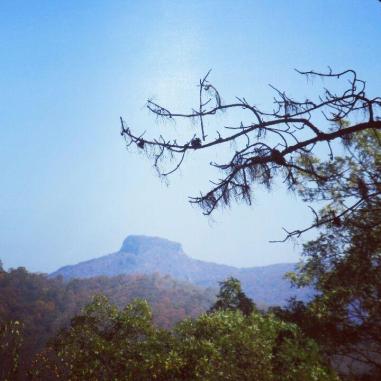 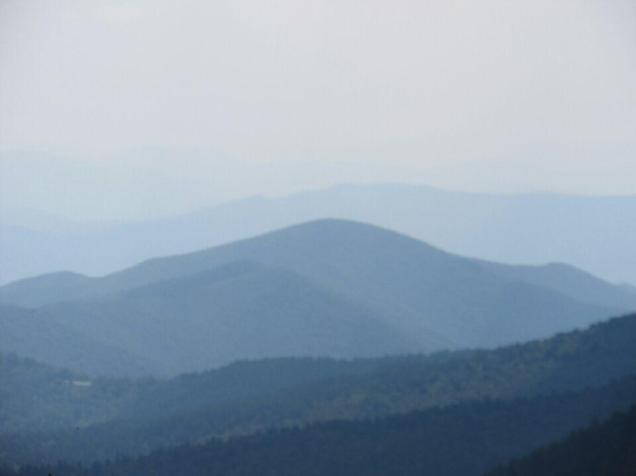 And last, but by no means least, Max, Caleb’s mom/my niece’s dog-

#2  My new mascara–  Am I vain?  Oui.  I do not leave my house with mascara.  I search high and low for just the right one.  Waterproof is a must sometimes, but it is so hard to remove.  Lancôme’s Hypnôse Drama does not cause raccoon eyes and it washes off easily at the end of the day.  Merci, Lancôme. 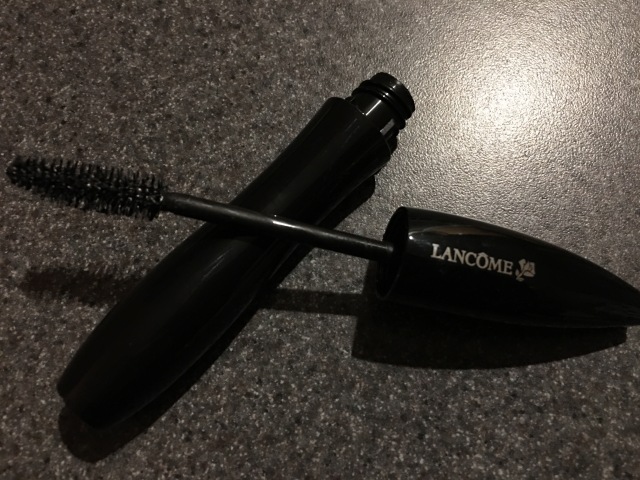 #3 The Guernsey Literary and Potato Peel Society by Annie Barrows and Mary Ann Shaffer– I just finished reading it last night (actually early this morning) and cannot stop thinking about it.  It is a story told in letters about a writer who decides to go to Guernsey to interview people about the German occupation of their island during WWII.  It’s a subject I am very interested in, but I didn’t know anything about this book until I saw it on a list of must-read stories.  I fell in love with Juliet.  You will, too.

#4 Balsam Range’s latest album, Mountain Voodoo— I have loved this band of bluegrass musical magicians since Sister Moo and I heard Buddy Melton sing at a barbecue festival in Asheville, NC about 10 years ago.  The group was formed in 2007 in Haywood County and has been winning awards ever since.  I go to hear them whenever possible, most recently at the American Tobacco campus in downtown Durham last June. 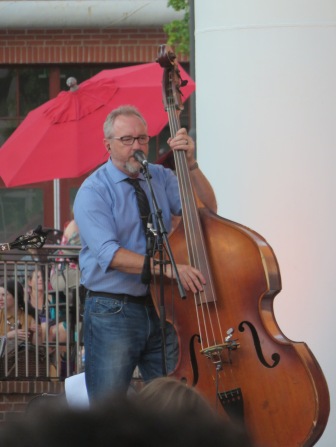 Something ‘Bout That Suitcase is my current favorite.  Probably because mine is sitting in the corner of my bedroom waiting patiently to be filled with the stuff I will need for six days in Paris. 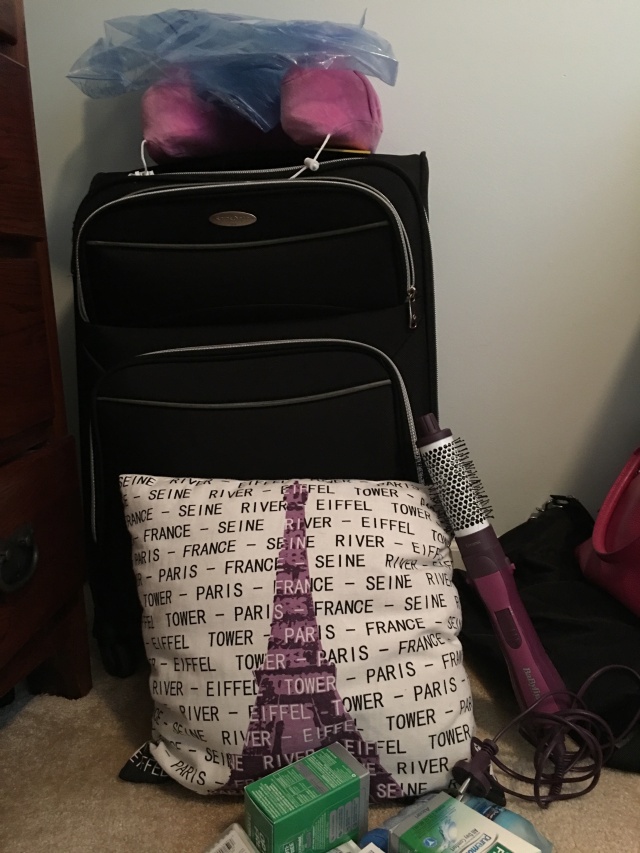 #5  The direct non-stop flight I will take from RDU-CDG later this week.  That’s right, step on in Raleigh, step off in Paris.  Merci mille fois, Delta.  Je vous aime.  The first time I packed my suitcase to go to Paris (and to get on a airplane) was in September of 1978.  I flew from Johnson City, TN to New York to Orly airport in Paris.  I do not remember much about the flight except that it was a charter. Many trips later, I still get excited.

#6  The stories of Sean Dietrich aka Sean of the South—  I’ve written about him before and I continue to love him more with each and every story I read.  I follow him on Facebook and start my day with his daily storytelling.  He has recently started to tell them by video as well.  Go ahead, click on the link and read a story for yourself.  See if you don’t feel better instantly.  While laughing and crying at the same time.

#7 An American in Paris— I just saw the play here in Durham with about 15 of my 8th graders, the BFF, some parents, and a couple I am especially fond of, Steve and Dani.  The Ex-Ex and I saw it on Broadway in July 2015 (I won a trip that included tickets to a show). The story is set in Paris at the end of WWII.  Gershwin music, dancing, beautiful costumes and scenery, love…

I could go on and on, but I won’t.  I will leave the list with photos at seven.  I prefer sets of 14 for some reason so I will quickly list seven more.

#8  Snow days– I been given the gift of two of them this week so that I can get my grades and comments written before boarding that Delta jet.

#9  Our new sofa and “chair and a half”– the Ex-Ex and I gave them to each other for Christmas.  Blue.  Comfy.

#10  Bold Rock Blood Orange Cider– seasonal and I just got my hands on some.  Delicious.

#11  Sister Moo’s peanut butter fudge– so much for giving up sweets after Christmas since she sent a tin of it home with me.

#12  Hallmark movies on the weekend– sappy, yes, I know, but they always have happy endings.  One set in Paris will premier later this month.  Love Locks– the mayor of Paris may not like it, but I have a feeling I will.

#13  Bravelets bracelets– I have collected a few of them and love them.  The company donates a portion of each sale to a cause, 2.6 million dollars to date.

#14  The beautiful glass bird that EB gave me for Christmas– It’s a magpie.  The Chinese term for magpie means literally “bird of joy.”  And joy is what EB has brought to our family.

I texted Nephew Caleb to ask what his favorite food is and he came back with shrimp.  I am with you, Caleb. I could eat my weight in it (and probably have!).  Here’s one of my favorite ways to eat it.  This reminds me of summer at Sunset Beach…

In memory of Ben Philpott, the BFF’s brother and Frogmore chef extraordinaire

Shrimp
New Potatoes
Corn
Sausage (Chorizo, Andouille, hot Italian or some other spicy grind)
Limes
Lemons
Red Onion
Old Bay Seasoning
Hot Sauce
Minced Garlic
Allow 1/3 to ½ lbs of shrimp and one ear of corn per person. Cut corn in halves. Chop sausages to half inch or so. Cut potatoes in quarters.
Bring big pot of water to boil with slices of lime, lemon, and onion. Add minced garlic and a few jabbers of hot sauce (also some beer, if you like), and a few shakes of Old Bay. Add potatoes, corn and sausage. When potatoes are on verge of being done, add shrimp and cook for about 3-4 minutes until shrimps are done.
Spread on newspapers (the cooked food, that is), dust heavily with Old Bay, and serve with cocktail sauce, butter, or whatever moves you.

Bon appétit and here’s to talented nephews and crushing on stuff.

One thought on “What I am crushing on right now”