​​I am back, with 22 students, two co-chaperones, and our tour manager, B. He is a Frenchie, originally from Basque Country, but a Parisian for the past 10 years. He owns his own tour company, was a political science major, speaks several languages, with English as the first language he studied in school. He spent time in Atlanta when he was in high school. He is incredibly organized, relates well to the kiddos (he is much closer their age than I am!), stays calm, and has a great sense of humor. He would be a great teacher.

The weather has been magnifique- warm, sunny, no rain. I will stop at that for fear of jinxing our luck. I want to stay on the good side of the weather gods.

My co-chaperones keep me sane. KR is the epitome of enthusiasm. Her eyes sparkle. 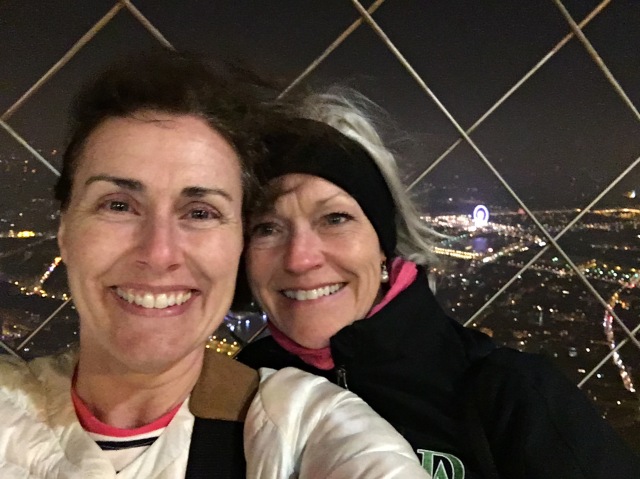 She counts the kiddos. She asks great questions- she and B are are presently discussing the beginnings of the First Republic in France as we leave Paris on the way to Normandy for the day. She is our serious photographer and is in charge of posting photos to our tumblr account. AP is our tech guru. He tweets and posts live videos. And is a problem solver. I snagged him for the trip after a cancelled connecting flight in NYC on the way home a couple of years ago. He spent spring break in Paris visiting the family of a former advisee. He flew along with my group. Bless his heart. He did not know what he was getting himself into, did he? These two are making me look good back home.

My favorite meal so far? Our picnic in the Jardins du Luxembourg. Nothing fancy. Des sandwichs à emporter from Brioche Doré across the street from the entrance. Un champêtre- bread with seeds, jambon sec, Cantal cheese, tomato jam, and roquette lettuce. 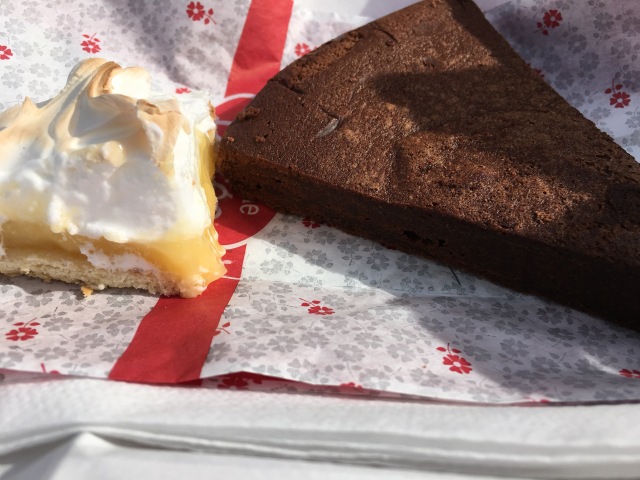 We shared. I didn’t eat the whole slice. Really, I didn’t.  I had my three helpers.  KR shared her tarte au citron.

Was it the sandwich? Was it my fellow picnickers? Was it the setting? Every memorable meal is a combination of the three, n’est-ce pas?