…always a mom. These two little critters are now 29 and 24. When I look at photos like this one I want to turn the clock back. Please? Just for a little while? What would I do differently? Nag more? Worry less? Check homework more often? Read more stories at bedtime? Feed them more vegetables? Make more of their favorite cookies?

I try not to second guess myself too much.  They have turned into amazing young men and I am very proud of them. They both graduated from Durham Academy, where I teach, an academically demanding school.  Each had to be in my French classes in the middle school, one for three years, the other for two. They were lifers, attending DA for 14 years each. They were very good athletes, balancing homework, practices and games. Both won awards and were team captains in their respective sports. One had to play basketball for his dad. Both graduated from college, one from Guilford College, the other from the University of Tennessee-Knoxville. Go Quakers. Go Vols. Son #1 played college basketball, the equivalent of working a demanding part-time job. He is now a dad (hence my previous posts about the joys of grandmotherhood). And a very good one. He is moving into a new job in his chosen field of school administration and teaching. He has brought EB into our life, my chance to finally have a daughter. Buddha dog is pretty cool, too. Son #2 is in law school and has successfully interned with a real estate law firm for the past year. He has moved twice since his Knoxville days, now settling into Charleston, SC, a city I plan to visit soon. He has a girlfriend and we are already quite fond of her and her sweet pup. They recently adopted a kitten they named Charlotte after the city where they met (Charlie for short).

These darlings aren’t perfect. Neither am I. Not by a long shot. We’ve laughed, cried, yelled, played hours of UNO, SkipBo, and now Cards Against Humanity games, eaten many, many breakfast-for-dinner meals, hugged, covered thousands of miles on family road trips to Nebraska, Québec, DC and to the NC mountains and beach, watched countless sporting events together whether on TV or in person, laughed at silly sitcoms and game shows such as Whose Line Is It Anyway, learned to count in español with the Sesame Street gang, sung along with Barney while wearing Barney bedroom slippers, tried to figure out the ending to several seasons of CSI, watched Disney movies from the late ’80’s to the mid-2000’s, including The Little Mermaid about a million times, eaten more than our fair share of popsicles and bags of microwave popcorn, read every single Berenstain Bears book multiple times, built lego spaceships and castles… I could go on and on, but I risk making myself cry if I keep this up. Right now, the eyes are just a bit misty. I just hope that they know that I have done my best.  (Now, I am crying.) 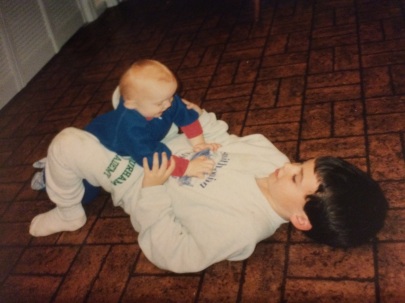 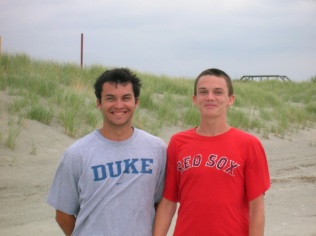 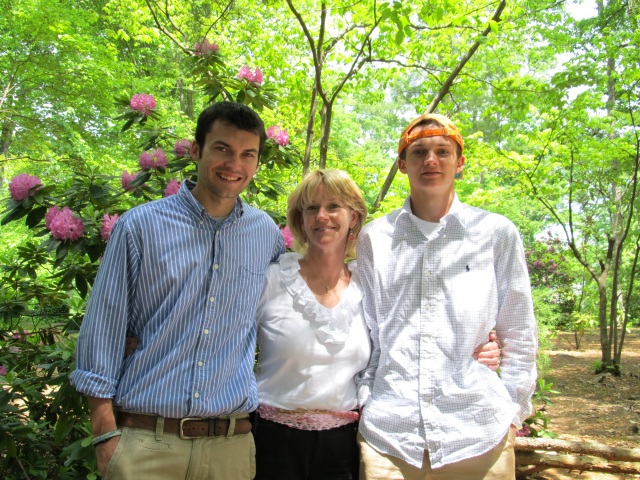 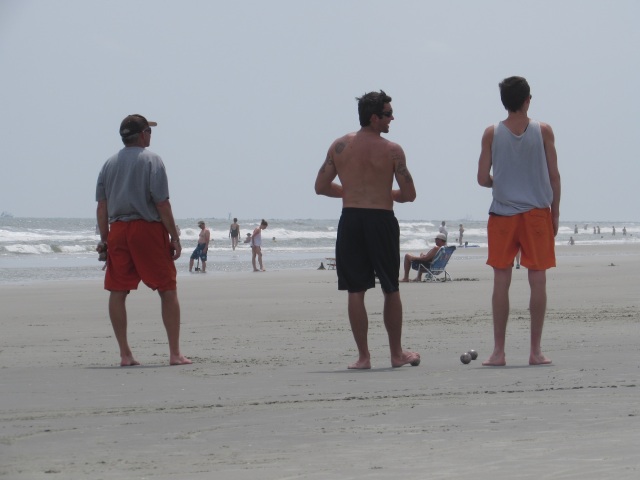 I love you, Son #1 and Son #2.  You are all I could ever have hoped for in the mom department. 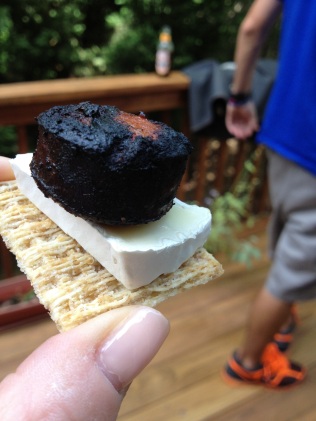 Son #1 loves to make these at the beach and on our back deck. Buy whatever kind of sausage you like- we usually buy andouille. Cut it into bite-sized pieces (but not too small). Choose a good creamy French Brie cheese and leave it out of the refrigerator to come to room temperature. We usually use Triscuit crackers for our feast. Fire up the grill. Cook the sausages, being careful not to lose any to the coals! Sprinkle with red pepper flakes or any other seasonings or sauces you like.  Voilà.  Let the party begin. 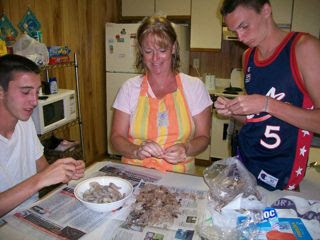 Cook grits according to instructions on package.  As grits are finishing, whisk in butter, cheeses and seasonings.  Cover and keep warm.

This cooks very quickly.  Be sure to have everything ready and easy to reach before beginning.
Heat large skillet until hot.  Add olive oil and butter.  As oil begins to smoke, add leeks and shallots.  Sauté until translucent.  Toss in shrimp to cover bottom of pan.  Before stirring, add salt and pepper.  Stir until shrimp just begin to turn pink all over.  Let pan return to original hot temperature.  Stir in garlic and be careful not to burn it.  Add sausages.  Deglaze pan by adding wine or vegetable stock.  Stir for about 30 seconds or until everything is well-coated.  Add tomatoes, if using, and toss for about 20 seconds.  Serve immediately.

To serve:
Spoon grits on to plate.  Spoon shrimp/sausage mixture on top of grits.  Crumble bacon on top.   Garnish with parsley, if desired.

Bon appétit to all moms and sons. To all families in all shapes and sizes. Hug each other as often as possible.