Not of the emergency broadcast system, in case anyone but me remembers that. Is that even still a thing? No, this is a Can-I-blog-from-my-iPad? test. I have such good intentions. That pave the way to you know where, as Mama Mildred has told me more than once. Anyway, back to the test. I leave for PARIS today. One would think that visiting this city would get old after say 30+ times. (I seriously have no idea how many times I’ve been. It all started in 1978 with my very first passport and plane ticket. What a grand adventure.) But I digress once again. I have promised the kiddos that I will try to post pictures and blog while away. My 6th graders are my biggest fans perhaps.

Okay, so that worked. I am taking over pen pal letters to deliver to my fellow teacher and longtime friend, Mme M. she is taking the train to Paris to spend the day with me next week. We have a glorious day planned. Le Petit Palais, passageways, lunch at Bouillon Chartier, a very classic café/restaurant I want to take the kiddos to in March.

Guess I will find out when I’ve finished!

Andy P, co-chaperone extraordinaire, convinced me to rent a personal WiFi hub for the trip. Cheaper than paying VERIZON fees for data. I am pretty sure that I have paid for some exec’s beach house during my years of loyal customership with this company. Free WiFi isn’t as easy to find in France and I will not go sit in McDonald’s (McDo’s to the French), even if they do serve macarons. I have standards. I have no doubt the hub thingy will work, so I will put my good intentions to the test.

Time to finish packing. And get ready for a Bon Voyage breakfast with Arles Lucy, Judy d’Arc and the BFF. Still stressing about which shoes to take. I have vowed to only take two pairs. And more than a little grouchy with Delta airlines. No more 1 free checked bag to Europe for those of us in the “cheap seats” who do not have a Delta Amex card. I discovered that when I went on line to check in last night. $60 each way. Grrrr. That’s a couple of dinners in Paris. Enough grumbling. I am too excited to allow that to rain on my parade. 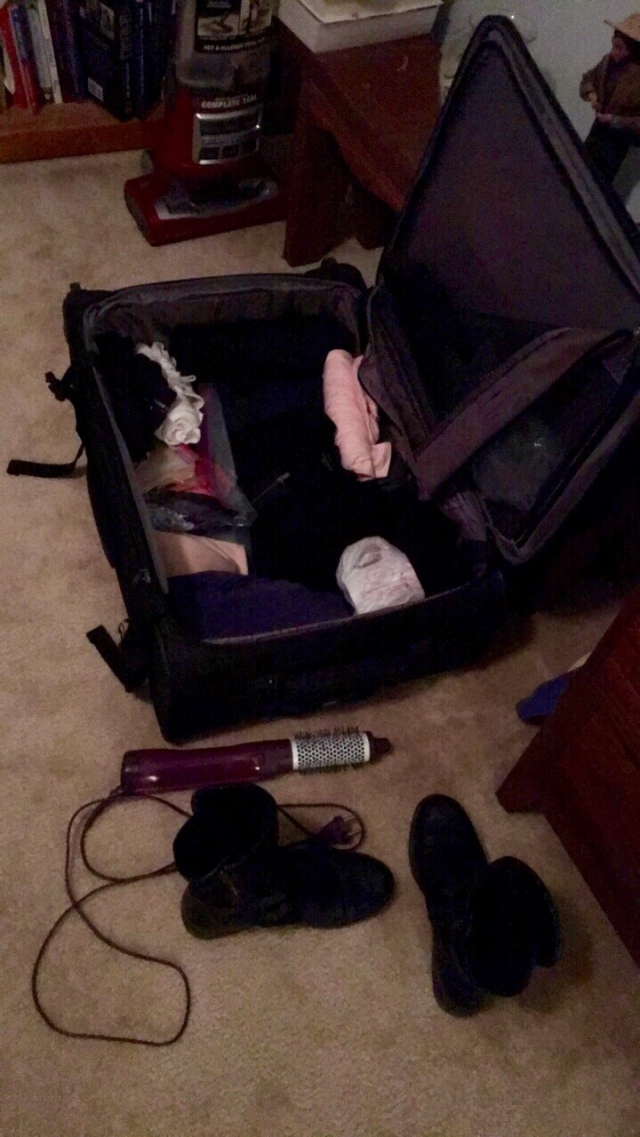 Another last minute test passed! An air-dropped photo from my phone to my iPad. Go me!